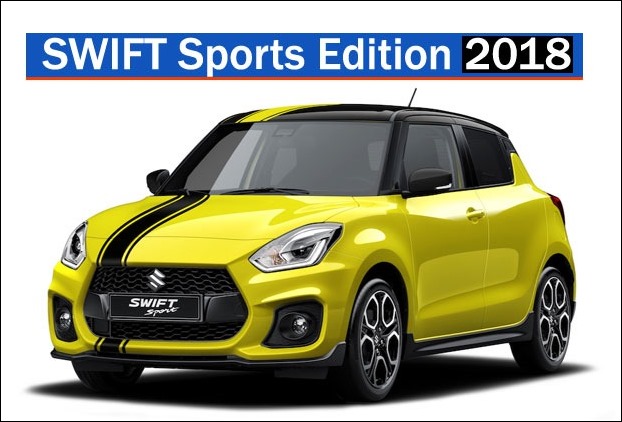 The car could be bought till April 18 exclusively in offline-mode for a price of 18,000 Euros.

If we discuss about the new sports model of Swift that has been launched in Italy , the car , has received attractive colour finishing with a dual-tone paint scheme finished in Champion Yellow and Dubai Black Metallic.

Suzuki Swift Sport BeeRacing edition sports a larger staggered design grille.The colour scheme is complemented with the racing stripes that the car has been given.

In a completely overhauled design , this sports edition of Swift ,uses the HEARTECT platform to reduce body weight and improve performance.The engine has not seen any change.It comes with the same 11.4L booster jet turbo-charged petrol engine that churns out 138 BHP power and 230Nm torque.Its 6-speed manual transmission powers the front wheel.

Unlike the previous Swift version this one’s ground clearance has been reduced by 15 mm.