As per the rules implemented from April 1, the auto maker companies are launching all the vehicles with BS-IV emission norms. Now, the sale of BS-IV vehicles has been started in India. 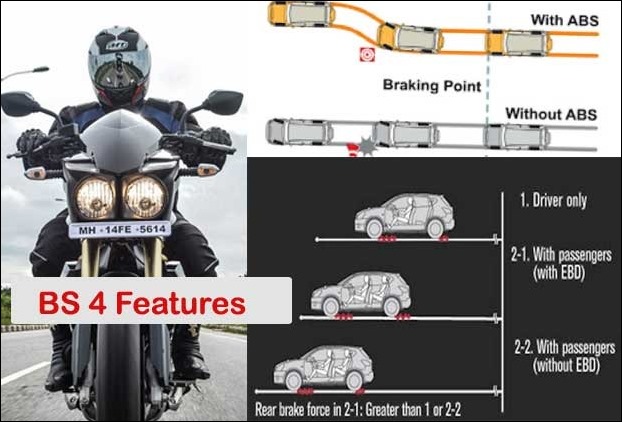 1 AHO, which is known as Auto Headlamps On. This feature is now available in every BS-IV bikes. The headlamp light of bikes and scooter, which are equipped with AHO feature, can not be stopped. Because no switch has been given to stop the headlamp.

2 ABS, which is known as anti-lock braking system. This feature has been given in terms of safety. This is an excellent feature for effective braking. If the fast speed vehicle needs to break up suddenly, the ABS feature will help to stop the vehicle.

3 EBD, which is known as Electronic Brake force Distribution. This is also an essential safety feature. In fact, the EBD feature is now available in almost all vehicles. This feature protects tires from slipping during breakings and the vehicle gets stability.

4 Cruise Control feature – with the help of cruise control, there is no need to accelerate the car repeatedly. The car runs on the same speed. Hence, if there is an open road and there is no traffic congestion, then one can enjoy driving by setting up cruise control.