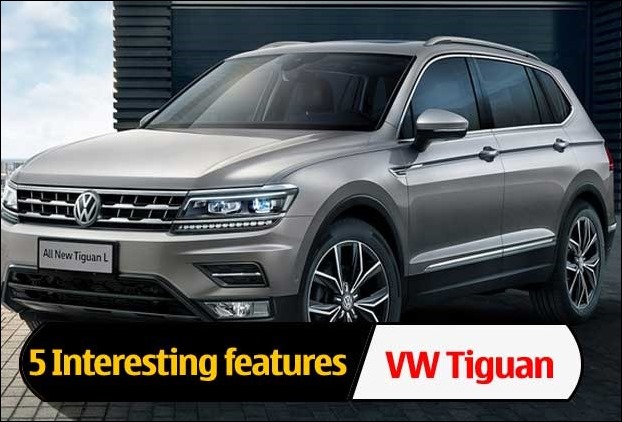 In India, the craze of SUV is increasing steadily. And, SUVs like the Toyota Fortuner, the Isuzu MU-X, the Jeep Compass, the Hyundai Tucson, the Ford Endeavour and the Honda CR-V are much liked by the customers. In this scenario, the German automaker Volkswagen has launched its new SUV – the Tiguan in India.

Know some interesting features of the Volkswagen Tiguan :

1 Price of the SUV

The price of the Volkswagen Tiguan starts at Rs 27.98 lakh and goes up to Rs 31.38 lakh. All prices are ex- showroom, Delhi. Now you can easily guess how luxurious this car will be!

At the same time, it features Volkswagen’s 4 Motion All- Wheel- Drive setup as standard. As for mileage, the car delivers a mileage of 17.06 kmph, as the company claims.

Volkswagen offers its cars mostly in three variants – Trendline (base version), Comfortline (middle version) and Highline (top version). Although this time, the company has introduced the Tiguan in two variants. These variants are Comfortline and Highline.

The company has kept the ex- showroom price of Highline variants in Delhi at Rs 31.38 lakh. The company has provided pedestrians’ safety, six air bags, hill start assist and self sealing tires in this car.