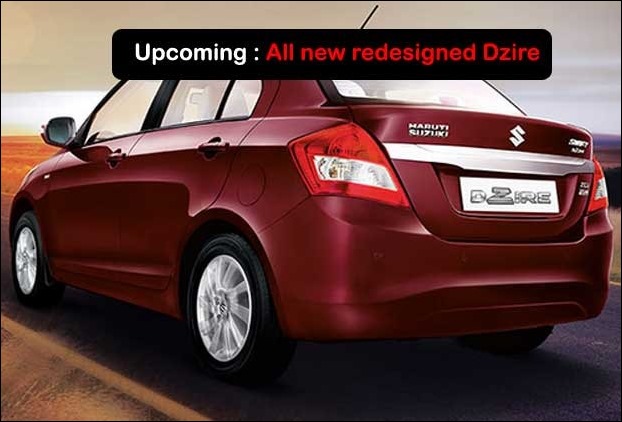 Maruti Suzuki can launch its next generation Dzire in October this year. According to experts, Maruti has been testing this car since last year and the company can now decide to launch it soon in the market. The initial price of this car may be Rs 5.50 lakh (ex-showroom Delhi). In point of fact, the Swift Dzire has been the best- selling sub- compact sedan of the company. And because of this reason, the company is now planning to launch it with many changes in the market.

Many cosmetic changes will be made in this next generation car. As compared to the previous model, the new Swift Dzire will come equipped projector headlamps, new front end hexagonal front grille, stylish sweptback headlamps, LED daytime running lights and fog lamps.

At the same time, the rear of the car will be fitted with a redesigned tailgate, a new tail- lamp and the new rear bumper mounted turn indicator.

As far as interior of the car is concerned, it can be provided features like key-less entry, engine start- stop button, dual-tone colour scheme, automatic climate control, navigation and steering mounted control, reverse camera and touchscreen SmartPlay entertainment system. On the safety front, the car will come equipped with dual airbags, ABS with EBD, collapsible steering and seatbelts with pre-tensioners.

As for power specification, the car will have a 1.2- liter K-series petrol and 1.3- liter DDiS diesel engine. This engine will be equipped with a 5-speed manual transmission and a 4-speed auto box. The company is also considering to equip this car with SHVS technology, which can be seen in the Baleno.