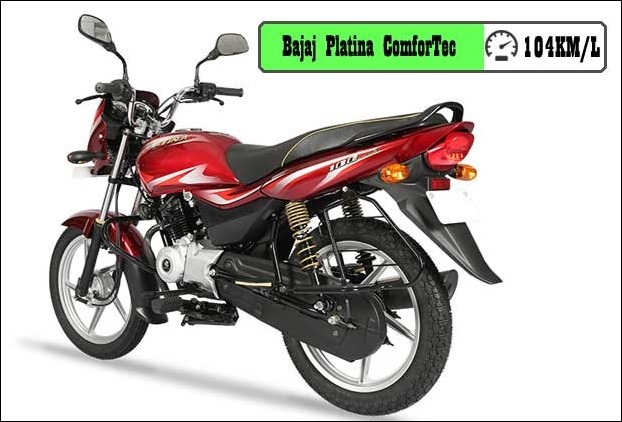 Compared to the regular model, customers will get the best look in this bike. The company has kept its price at Rs 46,656. The price is ex- showroom Delhi.

Bajaj has given in this BS-IV standard bike the 102 cc DTS-i engine. However, after some changes, its performance has improved. This engine generates power of 8.2 PS at 7,500 rpm and 8.6 Nm of peak torque at 5,000 rpm. Bajaj Auto claims that this bike will return a mileage of 104 kilometers per hour. It happens to be among the best mileage bikes in India when it comes to the fuel efficiency.

Bajaj has given 28 percent tall front suspension in Platina ComforTec. In this new avatar, spring soft seat, rubber footpages and 22 percent rear suspension have been given. The ground clearance of this bike is 200 mm. In the Indian market, this bike will compete with the Hero Splendor, which is priced at Rs 47,365.