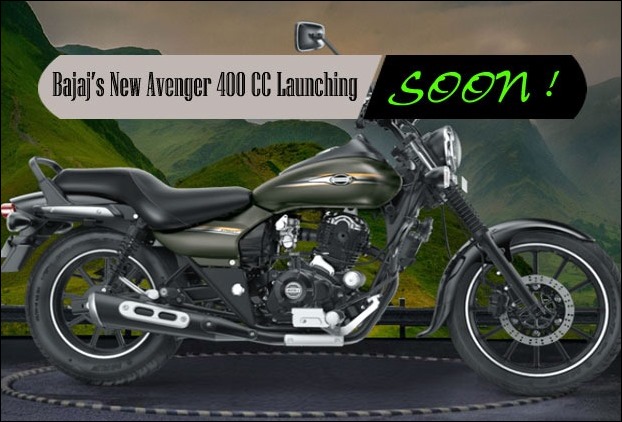 The upcoming  Avenger 400 can be offered with black and silver and gold colour in the market. There will not be much change in its look, but its body is reported to be a bit larger, as the company has already made changes in the Avenger. So the major changes will be in the engine.The new model of  Bajaj Avenger 400 will compete directly with Royal Enfield Thunderbird.

Currently, Bajaj Auto has Avenger Street 150, 220 and Avenger Cruise 220 in the Avenger series. In this scenario, the arrival of the Avenger 400 will make the series much bigger and stronger.

In fact, this bike may prove to be an excellent gift from Bajaj Auto, for those who seek a powerful cruise bike. At present, Bajaj Avenger 150 and Bajaj Avenger 220 are available in the market.

As far as engine is concerned, the Avenger 400 will get the same engine power of KTM Duke 390. This engine is a 375 cc single- cylinder, liquid cooled engine, which produces a power of 42 bhp and 38 Nm of peak torque. At the same time, it will come equipped with a 6 – speed manual transmission. The price of Bajaj Avenger 400 may be around Rs 1.50 lakh.