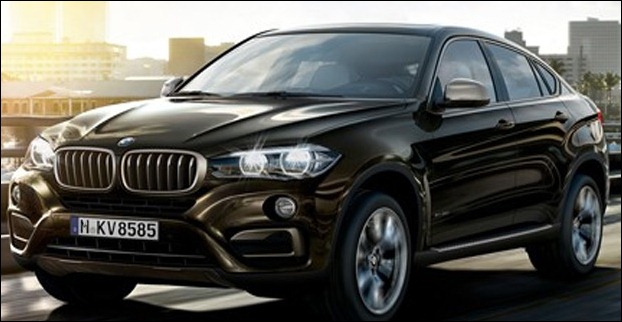 BMW X6 is available in five colour options: Alpine White as a non-metallic shade, Carbon Black, Flamenco Red Brilliant Effect, Space Grey and Mineral White. The X6 is powered by both  petrol and diesel engine options and a maximum torque of 600Nm. It comes with a new 8-speed sport automatic transmission. On the plus side, the X6 car can accelerate from 0-100kmph in just 5.8 seconds with a top-speed of 240kmph.

The company has loaded the X6 with several new features such as  LED headlamps, front and rear bumpers as well as sheet metal.  Another change inside the cabin, is the M leather steering wheel that has controls for the audio and Bluetooth. The car has a 19-inch double spoke alloy wheels and new air inlets on the front and rear apron.

For the X6, one of the major changes is the introduction of adaptive air suspension at the rear which would make more susceptible to Indian roads. Hence it can be said that there are many changes and improvements on the 2015 BMW X6 facelift.