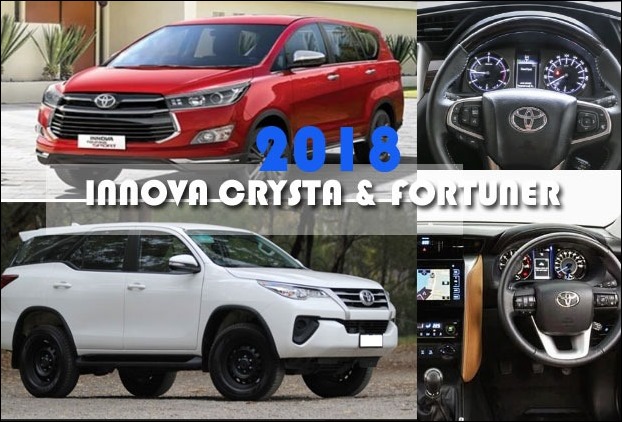 As far as Toyota Fortuner is concerned, the car now comes with Passenger side powered seat, Anti-theft alarm with glass break and ultrasonic sensor, Electro-chromatic Inside Rear-View Mirror (IRVM), Rear Fog lamps and Emergency brake signal. An electric sunroof is still missing feature in the car.Toyota Fortuner competes with Ford Endeavour and Volkswagen Tiguan in its segment.

Both Innova and Fortuner have been given a third party insurance for up to 5 years in the offering.