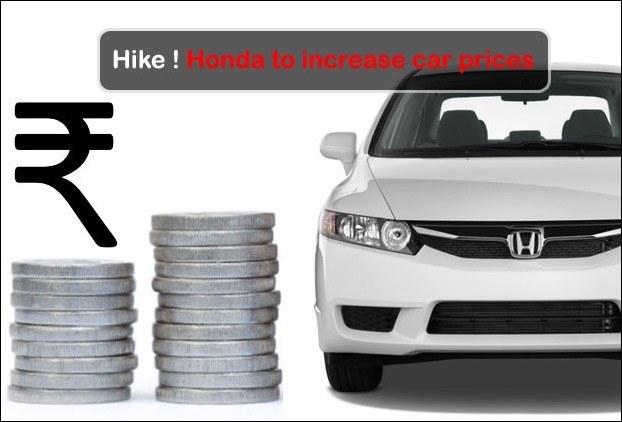 The company has informed that the price of different models in Honda cars will be increased by Rs. 10,000. The revised prices will be effective from the 1st April, 2017.

Speaking about the price hike, Senior Vice President, Marketing and Sales of Honda Cars India Ltd. (HCIL), Jnaneswar Sen said, "Due to the increase in freight charges and input costs, we are forced to consider increasing the car prices for most of our models. The increased price will be effective from the first week of April 2017". However, he further added that the prices of the newly launched Honda WR-V will remain unchanged.

It is noteworthy that Honda will export its new car WR-V to Brazil. At the same time, the company is exporting its various models to foreign markets. Moreover, the company has introduced an upgraded version of its City sedan last month. And this year, it will also bring its premium sedan – the Civic.