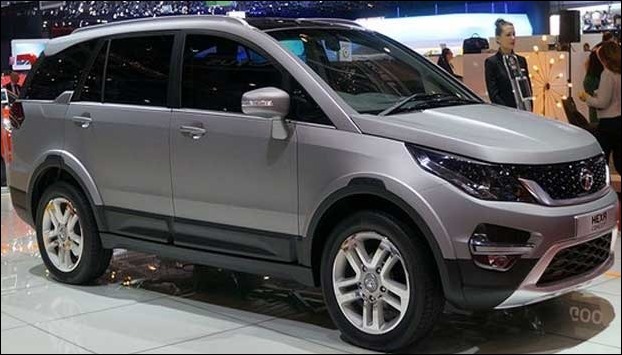 Tata Motors is going to launch its new powerful Hexa SUV on 18th January 2017. This new car of the Tata Motors has been made with the Land Rover division. The expected cost of the Tata Hexa will be in the price range of Rs 12 lakh – Rs 18 lakh. Tata Hexa will be launched with a number of new features. And the design of this car is totally different from others.

Under the hood, the car is equipped with powerful a 2.2-litre VariCOR 400 diesel engine that generates 154 bhp of maximum power and 320 – 400 Nm of peak torque.

At the same time, five-speed manual, six-speed manual and six-speed automatic transmission has been given with the car. As far as mileage is concerned, the car delivers a mileage of 12 kmpl in the city and 15 kmpl on the highways.

On the safety front, the All Wheel Drive Tata Hexa comes equipped with six airbags, anti-lock-braking system (ABS) with electronic brake-force distribution (EBD), traction control, engine immobilizer and rear parking sensors with camera. Apart from these, the car also comes with rough drive mode so that it is automatically controlled.