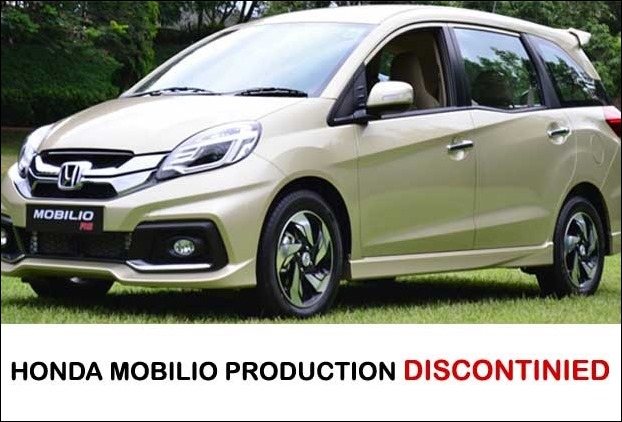 The renowned auto maker Honda has stopped production of its MPV (multi- purpose vehicle) – Mobilio in the country. According to sources, the company has taken this decision on account of poor sales and decreasing demand of this MPV.

In January, only 63 units of the Honda Mobilio were sold, while in February, too, there was no special demand for this car. The Honda Mobilio was launched on July 23, 2014. Now, the company is bringing a new car in the market.Based on company’s Amaze and Brio platform , Honda Mobilio , had been a spacious 7 seater MPV with an impressive mileage.The car.

Seeing the popularity of crossover vehicles in the country, the company will launch the Honda WR-V on March 16. It has been made on the Jazz platform. Even the interior of the Honda WR-V is similar to the Jazz, although in terms of size, it is bigger than the Jazz.

It is believed that the Honda WR-V will compete directly with the Fiat Avventura and the Hyunda i20 Active and the compact SUVs – the Maruti Suzuki Vitara Brezza and the Ford EcoSport.