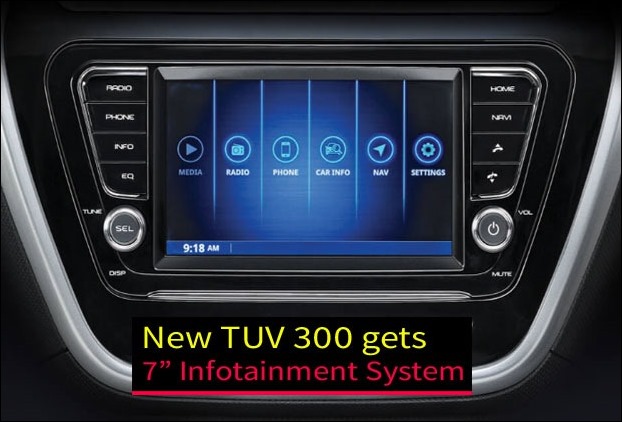 According to the news from the auto market, the home-grown auto maker Mahindra has launched the top variant of its new car TUV300 in the country. For this, the company has kept its price between Rs 9.75 lakh and Rs 10.65 lakh.

According to the company, this car has been launched in four variants – T10, T10 dual- tone, T10 AMT and T10 AMT dual- tone. The Mahindra TUV300 has been introduced with some special features such as alloy wheels, black chrome grill, rear spoiler and front fog lamps in the Indian market.

Best of Features in new TUV 300

In terms of features, the Mahindra TUV300 comes equipped with  headlamp cluster, roof rails, alloy wheel and tailgate spare wheel metallic with black cover. Along with this the electric adjustable OVRM has also been given in this vehicle.

In addition to these, the car has a 7- inch infotainment system, Android Auto, navigation and Mahindra Blue Sense app.

As far as engine of this car is concerned, in this car, the company has given a 1.5- liter mHawk100 diesel engine which generates 100 bhp of power and 240 Nm of peak torque. And the engine is paired to a 5- speed gearbox.