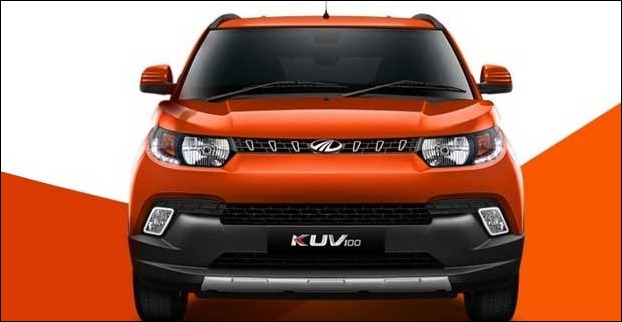 Home-grown carmaker Mahindra & Mahindra has announced its first compact SUV- the KUV 100, which will be commercially launched on January 15. Although, the price of the Mahindra KUV100 has not been revealed yet. Bollywood actor Varun Dhawan will be the brand ambassador of this new SUV.

On the safety front, the vehicle comes with a number of features such as ABS with EBD, door ajar warning indicator, central locking system, high mount stop lamp, engine immobilizer, rear window defogger and a rigid body structure with side impact beams.

Speaking at the soft-launch of KUV 100, Dr. Pawan Goenka, Executive Director of Mahindra & Mahindra said, “We are all set to create a new segment with the launch of the KUV100 which also marks our foray into ground up petrol engines. An ambitious project from the very start, the KUV100, is all set to carve its niche amongst first time car buyers with its unique propositions. I am confident that the KUV100, like its predecessors, will become an extremely popular brand and will be cited for taking Mahindra to a whole new orbit”.