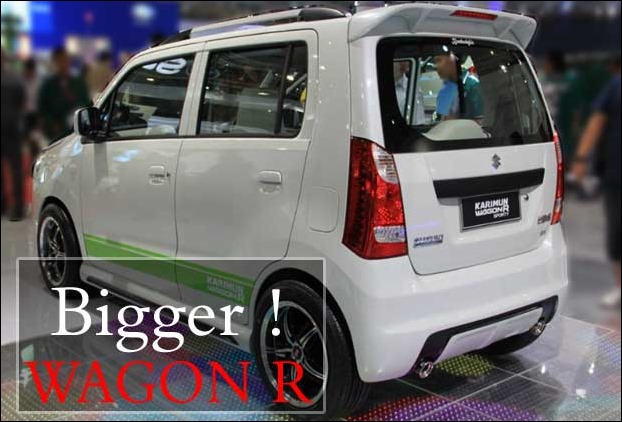 Maruti Suzuki has recently revealed that it wants to become No. 1 in utility vehicle (UV) segment of the country. The company plans to launch three new utility vehicles in the country. It includes – Ertiga crossover MPV, Wagon R 7- seater and a large SUV.

It is notable that Japan’s automaker Suzuki had introduced a 7- seater Concept Wagon R glance at the Indonesia International Motor Show in the year 2013.

The new Wagon R of Maruti Suzuki has been given a new design, although it has been prepared on the current Wagon R platform. It will be longer and wider than the existing Wagon R.

The car will have 14- inch alloy wheels, halogen headlamps and roof rails. As far as interior is concerned, it has been changed to great extent. In this car, three lines of seats have been provided instead of two.

The current Wagon R hatchback car has been given a 1.0- liter K-series engine. However in the MPV version, a larger engine will be provided. Earlier, Maruti Suzuki has brought two units of Wagon R MPV for research and development in India.

Its petrol model had been given a 1.2 – liter K-series engine, while the diesel variant had a 1.3 – liter DDiS diesel engine.

By now, the launch date of this car has not been disclosed. It is believed that new Wagon R car can be launched in India by the end of 2018 or in the beginning of 2019. The price of Wagon R MPV may be between Rs 4.5 lakh and Rs 7 lakh.