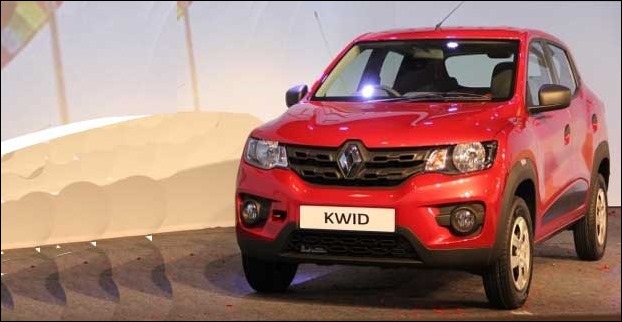 Renault has started the bookings of its ‘new’ 1000 cc engine KWID 2016 car.The car is to be launched in India by the end of August 2016.The bookings have started with an amount of RS 10,000.However , the bookings are only opened in Mumbai.

The new KWID variant , an immediate rival to Alto K10, is also speculated to receive amt gearbox.The waiting period for delivery is expected to be 3 months owing to the rush.According to our sources , the 1000 cc kwid’s price is said to fall between four lakhs to five laks for base to top varinat.

Let us remind you that the current top variant of Renault Kwid is 4.5 lakhs and the ‘new Kwid’ may be costlier than the existing model by RS 50,000.In the Indian Auto Expo in Feb 2016 this year ,the 1000 cc KWID was first showcased.The car’s popularity can be judged by the fact that the Renault has already sold 75,000 units of KWID.The current KWID’s version that the company sells in India has 800 cc engine.