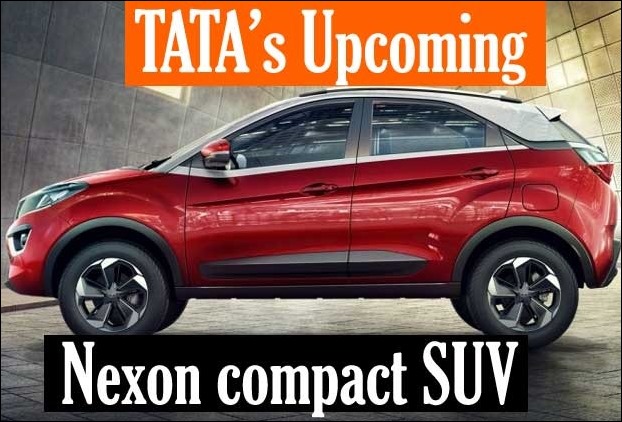 The first compact SUV of Tata Motors – the Nexon – is ready for launch. It is being said that it can be launched in the third quarter of this year. Although, no information has been received about the price of this compact SUV so far, it is likely that its price may come between Rs. 7 lakh and Rs. 10 lakh.

The Tata Nexon will compete directly with the Maruti Suzuki Vitara Brezza, the Ford EcoSport and Mahindra’s TUV300 and Nuvosport.

The Nexon SUV will get the same engine as in the Tata Tigor and the Tata Tiago. The diesel variant will get the 1.5- litre, 4- cylinder Revotorq engine, which will generate110 PS of maximum power and 260 Nm of peak torque. On the power front, its diesel engine will be more powerful than the Maruti Suzuki Vitara Brezza and the Ford EcoSport.

On the other hand, the petrol variant of Tata Nexon will have a 1.2- liter, 3- cylinder engine that will deliver the maximum power of 110 PS and a peak torque of 170 Nm. And, the 6-speed manual gearbox will come standard with both engines.

In terms of features, the Tata Nexon will come equipped with plenty of features such as projector headlamps, climate control, ConnectNext touchscreen infotainment system and so on. On the safety front, the car will get anti-lock braking system (ABS) and dual front airbags.

However, it remains to be seen what the company offers as standard features in the Nexon SUV.