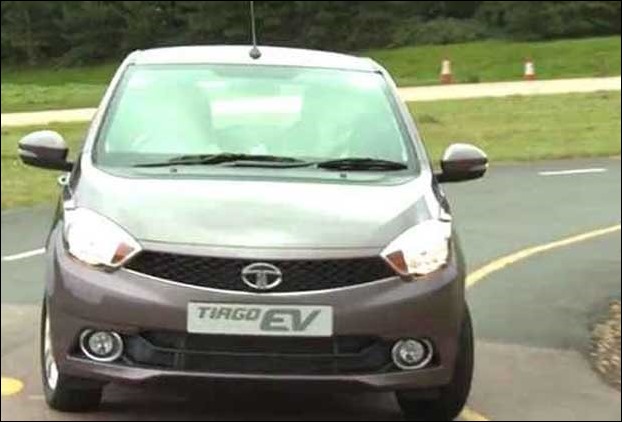 After the Tiago and Tiago Wizz, now Tata Motors has brought the Tiago EV. It is noteworthy that Tata Motors had introduced the electric version of Tata Tiago in the low carbon emissions vehicles event organized in Millbrook. It has been prepared by Tata – owned Tata Motors European Technical Center (TMTTC).

Tata Motors has also developed the electric version of India Vista Bolt. The company claims that the Tiago EV achieves the speed of 100 km per hour in just 11 seconds. This electric variant of Tata Tiago has 85 kW motor, which generates a maximum torque of 200 Nm.

Front wheel drive has been given in this electric vehicles. It is worth – mentioning that electric vehicles have single speed gearbox. Once charged, the Tata Tiago covers a distance of 100 kilometers easily. Its weight is kept lower than the regular Tiago. This car has reached to the production stage.