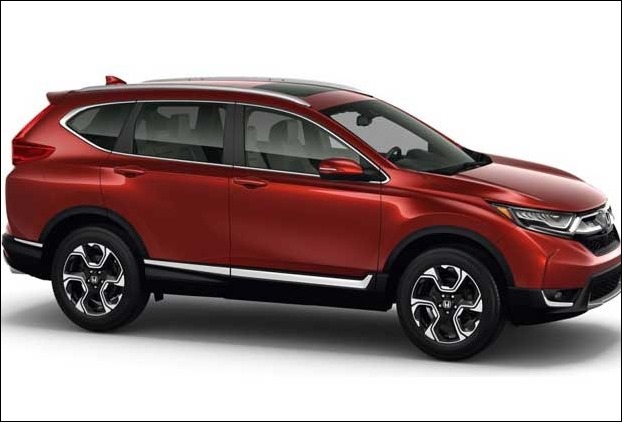 Honda had showcased fifth generation CRV in North American car market.Now the company’s Asian model revealed on Internet indicates that the new Indian Honda CRV version will be a 7 seater car.The company is also launching 7 seater CRV version in Thailand very soon.However , it may be noted that Unites States version of Honda CRV will still be a 5 seater car.

If we talk about the engine , it will use the same 2.4L IVTec in petrol engine that is currently being used in CRV models.This engine will have CVT gearbox.It may be noted that in United States the company uses 1.5L turbo petrol engine.

Both the diesel and petrol versions of upcoming Honda CRV in India will be available in Front Wheel Drive and optional All Wheel Drive options.

The styling of this car will not be much different from the global car models.The styling has become more angular and modern with glimpses of new Civic and BR-V.The car gets an automatic shutter grill making the aerodynamic design more sharper.The cabin has been given a 7 inch infotainment system that supports Android Auto and Apple Carplay.The wheel base has been increased by 41 mm making more interior space and passenger leg space.

Honda was experiencing low sales in the car due to absence of diesel version.Now the company can have some respite with this IDTec diesel CRV which will strengthen its portfolio.

The car launch date in India is not yet declared by the company.