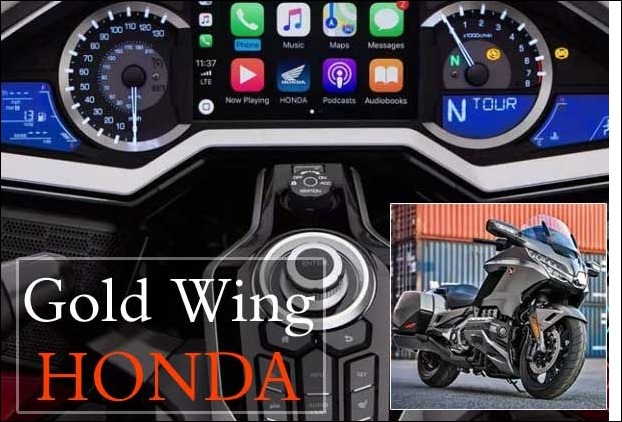 Honda has introduced an updated version of its bike Gold Wing during a special event held in California. The company has already used advanced technology, new engines and chassis in this bike.

It is claimed that this is the first bike in which Apple CarPlay feature has been used.

A reverse gear is also given in the bike through the new DCT transmission. Rider can enjoy Apple CarPlay feature on dash – mounted 7 – inch LCD screen.

For this, rider has to plug his iPhone into the storage compartment with the help of USB. After this, it has to connect to the Bluetooth headset.