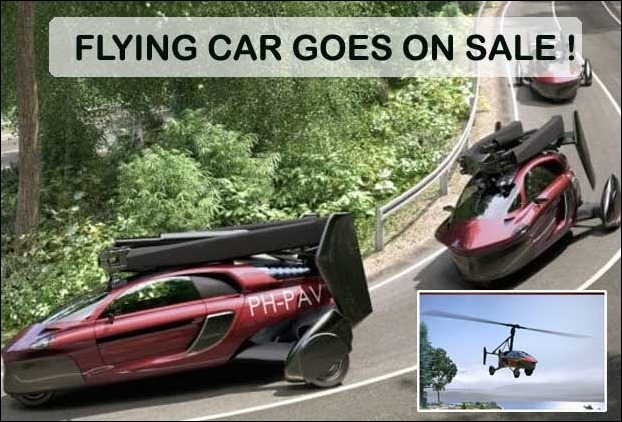 The PAL-V Liberty, which is the world’s first commercial flying car is now on sale. The company has started its selling. Its first delivery to the customer will be done by the end of 2018. The Dutch company PAL-V claims that the Liberty meets every standard established at international level.

The layout of this flying car is of three-wheel, there are rotor blades on its roof and the propeller (airplane fan) on the back. This flying car has been fitted with two engines – first for the driving and second for the flying.

This car takes five to ten minutes to convert from drive to fly mode. Initially, the company will sell only 90 flying cars. The price of this car is $ 599,000 (approx.  3.78 CR in India) in USA. The company is also planning to launch this car in India.