Maruti Suzuki, the country’s leading carmaker has launched the Celerio in February 2014. And, this stylish hatchback was warmly welcomed by the Indian customers. Around one lakh units of the Maruti Suzuki Celerio sold within 16 months. In point of fact, the company had introduced the Celerio as a replacement for the Estilo and A-Star.

The Maruti Suzuki Celerio is powered by a 1.0 – litre 3-cylinder K- Series engine that produces 67 bhp of power at 6000 rpm and 90 Nm of torque at 3500 rpm. But, it is noteworthy that the main competitors like the Hyundai Grand i10 and the company’s own Ritz offer an extra cylinder, more power / torque and more displacement than the Celerio.

On the other hand, the CNG variant produces 57 bhp of power and 77 Nm of torque. While, the diesel variants come with 800 cc twin cylinder engine which makes 47 PS of power. The engine is mated to five speed manual transmission whereas, the automatic transmission gets four speed options.

As for mileage, the Maruti Suzuki Celerio offers an impressive mileage of 23.1 kmpl while the diesel variant delivers a mileage of 27.6 kmpl. On the other side, the car delivers a fuel efficiency of 31.79 km/ kg in CNG mode. All fuel efficiency figure are ARAI rated, according to the company. The hatchback has a tank capacity of 35 liters. 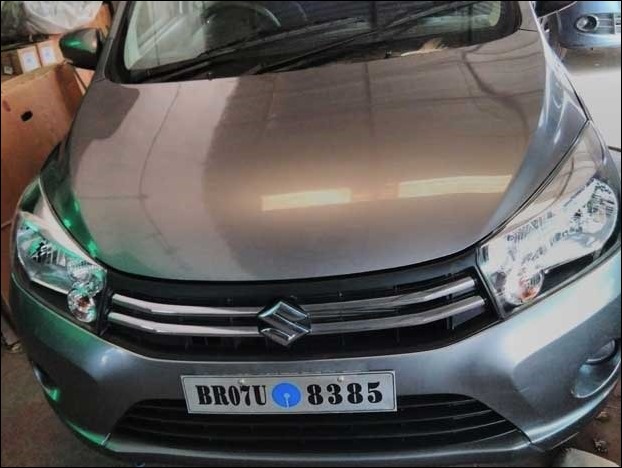 The Maruti Suzuki Celerio comes with a large headlight unit with separate barrels for the parking light and a back shaped headlamp cluster. The headlights have good luminance. Besides, the car has a large front grille with horizontal chrome slats. Since, the rear tail door of the Maruti Suzuki Celerio has a wide glass section hence reversing it has no hassles. The tail lamps of the hatchback are reminiscent of the Alto 800.

No doubt, the Maruti Suzuki Celerio has spacious cabin with extra headroom, shoulder room and legroom. This stylish hatchback has enough space for five people. The seats have better cushioning and the quality of the materials used on the Maruti Suzuki Celerio is one of the best in its segment. In addition, it has several smart utility spaces for putting small bags like magazines, books, phones, bottles and others.

The boot space is 235 litres which is bigger than the Chevrolet Beat’s 170 litre nevertheless it is by far less in comparison with the Hyundai Grand i10, which has 256 litre of boot space. The Maruti Suzuki Celerio has an in-dash music system with Bluetooth connectivity, USB and AUX as well. The top variant of the Celerio gets steering mounted audio controls. 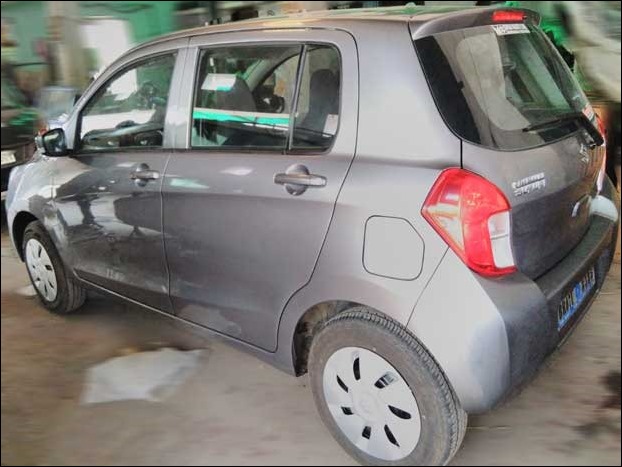 As far as Acceleration is concerned, the hatchback is capable of accelerating from 0 to 60 kmph in 6.22 seconds approximately for the Manual Transmission version whereas, the Auto Gear Shift version is capable to do the same in just 6.75 seconds. Furthermore, the Maruti Suzuki Celerio has decent in-gear acceleration simply because of the torque spread across the gears and, at the same time, it has a top speed of around 150 kmph.

The Maruti Suzuki Celerio has a comfortable ride. The handling is also very ease to drive in city. Its engine is fuel efficient. Suspensions are good. The hatchback has cheap maintenance. It has ample boot space. Cabin is also spacious. The braking system of the car comprises of front and rear drum brakes that enables immediate braking action. Moreover, Automated manual gearbox is easy to use.

The Maruti Suzuki Celerio has outdated design and dull styling. Interiors are not very appealing. ABS and airbags are available only on the top trims.