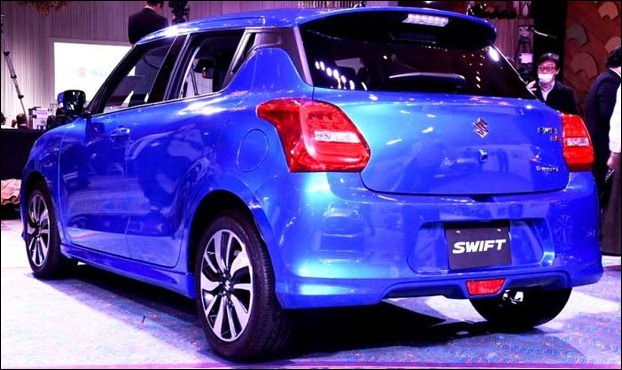 We will reveal you the features that will make this new Swift by Maruti distinct from the old (and existing) one .

The existing Maruti Suzuki Swift comes with a boot space of 205-litres which is slightly lesser than its rivals.That space may be enough to fit 2 suitcases and a small bag however it is still not efficient.Considering this case , the Maruti Suzuki India , will be increasing the boot space to 265 litres in the upcoming 2017 model of Swift.The an all-new interior in Swift 2017 will come along with the SHVS (Smart Hybrid Vehicle by Suzuki) technology under the hood.The cabin is said to be updated with new touch screen infotainment system compatible with Android and Apple Car Play.

Talking about the size of the Swift car that will be launched this year will have 3840mm length unlike 3850mm length of Swift currently available in the market.More so , the height of new swift model will also be curtailed to 1500mm from 1530mm of old swift by Maruti.As far as width is concerned it is expected to remain unchanged to 1695mm.

3 Extended Wheel Base in new Swift

The fuel efficiency of Swift 2017 to be launched in India will also be enhanced.The petrol version is said to deliver 20kmpl mileage while diesel will be better with 27kmpl.Not to forget that the existing model of Swift deliver 18kmpl in petrol and 25kmpl in diesel option.

The fuel tank in the new Maruti Swift will be of 37 liters.That will make it 4 liter lesser in capacity than 42 liters fuel tank that Swift 2016 has been in the market.

According to the reports there seems to be no change in engine with same 1.2 liter and 1.3 liter will come with this car.The power stats will be 83 BHP and 74 BHP respectively.Torque will be 115 NM and 190NM across diesel and petrol versions.

In terms of weight the upcoming Maruti Swift is going to be lighter than its former version.The weight may fall between 860-960KGs unlike the old Swift weight of 965 KGs.

The price of Maruti Swift new model in 2017 is expected to remain in price range of 4.7 lakhs – 7.5 lakhs.This will make is comparatively cheaper than 2016 version whose price range is between 5.1 lakhs-7.8 lakhs.