The hybrid cars in India are making fast acceptability among the people who , lately , preferred to buy a petrol or a diesel car.Many car manufacturers are in the process to introduce their version of hybrid cars.In such a scenario , Toyota has also recently launched it Camry Hybrid car which is the first hybrid car that has been locally manufacture A.KA. Make in India.Toyota’s stint with Camry hybrid began in.2013 when it launched its first model in the market .The market was not ready for then for the hybrid cars and the model was not so much successful.

Recently , the company unveiled the global Toyota Camry hybrid model .The new thing about this hybrid of Camry is that its battery never needs a replacement.With this new Hybrid Camry the company has been able to deliver message strongly that hybrid cars has no difference in working than the other cars.More over , it is fuel efficient as well a environment friendly.A hybrid car is a vehicle which uses two sources of energy to drive wheels.In case of  Toyota Camry , it uses , petrol engine and battery power for operations.When a car is in running state the Integrated Generator charges the battery. 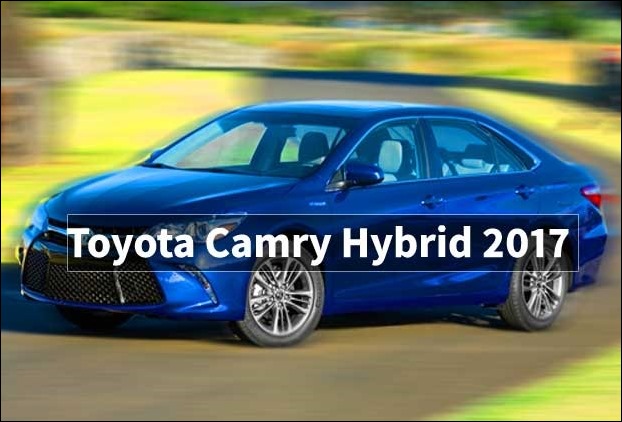 It is the first time any company in India is manufacturing hybrid cars , all locally. Toyota has already begun to taste the success with this car considering the fact , that out of all Camry cars sold by the company  , 73% are hybrids.

The best part of this hybrid car is that it does not require charging neither you have to be worried about changing the battery.As the battery of the car has as much life as the car itself.The Camry badge bears a blue color that certificates it to be a hybrid car.

The car has been equipped with 360 degree safety sensors , this facility , alerts you with a beep to safe your car when an object suddenly appears from no where.The 2017 Toyota Camry is quite modified unlike the previous Camry Hybrid.This car is an automatic petrol hybrid whose handbrakes are installed near the legs. The rear seat adjustment facility entitles it to be in the class of premium cars.The electrically adjustable seats , LED day time running lamps makes it further more special.

There does not seems to be any major change in the ride quality of the car.Like the earlier Camry , this one , also accelerates from a gradual slow speed incoordination with electrical motor.

The car will pick up speed when you press the accelerator after getting combined 202BHP power from battery and petrol engine.The smooth combined working of petrol engine and electrical motor never lets you know when the petrol engine has started to work.The cabin has become more beautiful , spacious and remains composed at high speeds.

Over all you will not experience any difference in the drive of Camry Hybrid when compared to other cars because it there is no speed or engine power limitation.Despite theGovernment discount of Rs 70,000 this car is quite expensive.The price of new Toyota Camry 2017 in India is 31.92 lakhs.In terms of mileage Cmary hybrid 2017 delivers 19.16 kmpl while other cars in the similar category struggle to deliver 7-8 kmpl.